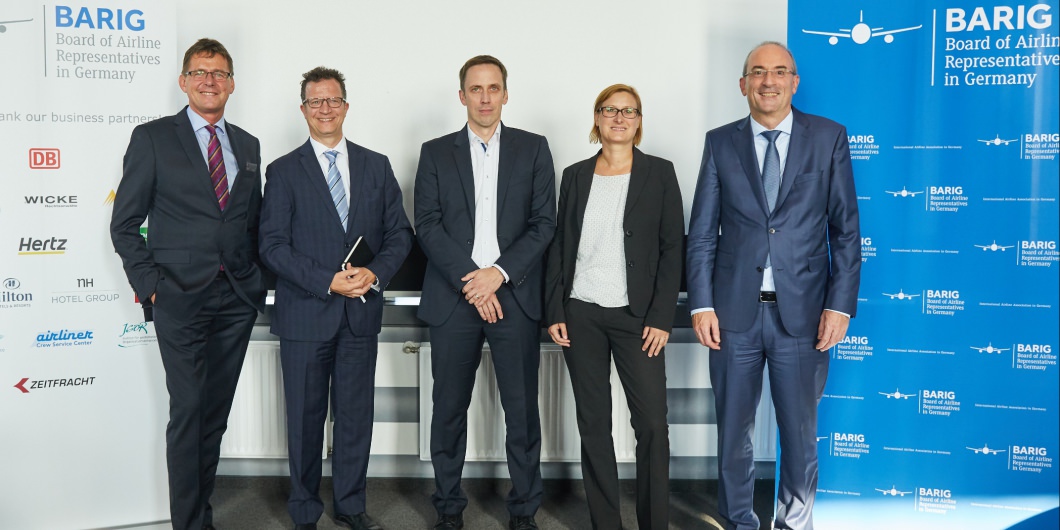 Passenger air and freight traffic in Germany produces reasonable figures, but criticism of German air traffic is steadily increasing. Since mid-June, capacity bottlenecks have caused noticeable flight cancellations, delays and many dissatisfied customers. "Now all players in the industry as well as authorities and politics have to work on joint solutions," stated BARIG Secretary General Michael Hoppe last week at the general meeting of the association, which represents over 100 German and international member airlines.

Passenger security controls, their efficiency, infrastructure bottlenecks at some German airports, as well as strikes and delays in air traffic led to engaged discussions among the BARIG airlines operating to and from Germany. Michael Hoppe, Robert Schickling, Managing Director Operations/COO of Deutsche Flugsicherung GmbH, and other representatives of the German aviation industry explained the background and discussed possible measures to counter the deficits. Concluding, the auditorium agreed that joint action has to be intensified for more efficient passenger security processes, border and customs controls, modernization and expansion of infrastructure and more capacity in the airspace. Currently, the number of flights at some airports should not be increased further in order to maintain high quality and punctuality in German airspace and versus international competition. With these demands and the willingness to cooperate in finding efficient solutions, BARIG is on a par with other players in the aviation industry.